Harbour, a community-governed, Ethereum-based DAO for managing and holding token assets by harnessing the ‘wisdom of the crowd’, has released its white paper, describing a completely autonomous DAO for determining investments in token launches.

With the recent surge in ICOs there is a need for deciphering which tokens have longevity and potential for ROI; Harbour harnesses the ‘wisdom of the crowd’ – the theory that many opinions are superior to one, even expert, opinion - to accomplish this. The Harbour DAO is a system that manages a Decentralized Autonomous Token Array. The token array is constantly evolving and is managed entirely by HRB token holders.

Dean Eigenmann, Co-founder and CEO of Harbour, said: “Our team is committed to building a system that is totally autonomous and democratic. If we are successful, then our team will become obsolete and the Harbour community will make all decisions, including which ICOs to invest in as well as the structure of the DAO itself. The impetus for starting this project was to create a community for those in the distributed space to support token launches and be rewarded for their participation,”

The white paper covers four essential components of the Harbour DAO: a system of smart contracts, platform UI, the Harbour token (HRB), and the community. The system of smart contracts built on the Ethereum blockchain allows the DAO to function democratically, operating on an ‘if-then’ logic. The platform UI allows the community to interact via web browser. HRB tokens endow holders with voting rights as well as access to a portion of the surplus ETH generated by Harbour; however, the most important component is the community itself. Harbour’s success is tied to the level of engagement of its participants.

In terms of structure, the Congress forms the heart of the Harbour DAO. All communication is streamlined through the Congress, including the creation and execution of proposals. Proposals are the mechanism by which HRB token holders participate in decision making, including which tokens to buy and sell, which ICOs to invest in, as well as the overall direction of the DAO. Harbour’s core offering is the diversification of ICO investments through holder votes. By funding a variety of ICOs and relying on the wisdom of the crowd, Harbour protects holders against the bad judgement of any single participant.

Harbour has determined a road map for reaching their goal, which begins with their token launch on July 15th and runs until July 29th. Harbour estimates the DAO will be fully autonomous by Q4 2018. 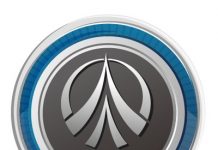