Token as a Service (TaaS), the tokenized closed-end fund dedicated to blockchain assets, has announced that the independent audit of its Initial Coin Offering has been completed by accounting and consulting company Grant Thornton LLC. TaaS tokens are today currently trading on exchanges LiveCoin, Liqui, and HitBTC at $1.72, a 72% increase from the start of its ICO on March 27th, 2017.

President and Co-Founder of TaaS, Ruslan Gavrilyuk commented: “TaaS selected Grant Thornton as its external auditor not only because of its reputation as one of the world’s top independent advisory firms, but also due to its in-depth knowledge of blockchain assets and the cryptocurrency market. With clients based in 130 countries worldwide, Grant Thornton has the requisite expertise in the global blockchain space to ensure that its findings are most valuable to TaaS investors and spectators. The independent audit ensures investors have full transparency into the ICO results including the total number of tokens issued and in circulation, the exact capital amount raised, the use of proceeds, and the proper token listing on crypto exchanges LiveCoin and Kuna,”

TaaS plans to take mid-to-long term positions in order to take advantage of the growth of the cryptocurrency space. TaaS tokens are built on a profit-sharing Ethereum smart contract which offers investors 50% of the fund’s quarterly earnings. To increase the fund’s capital pool without requiring additional investments, TaaS reinvests 25% of profits back into the fund. The premise is that, as the Net Asset Value of a token increases over time, the value of TaaS tokens will be explicitly tied to the performance of their parent structure. The first payouts are expected to be distributed in August 2017.

To ensure all profits are properly recorded, money flow is transparent, and the company is in possession of all declared funds, TaaS has launched a publicly-available technology called Cryptographic Audit. Cryptographic Audit lets anyone verify the fund’s balances and trading history, providing real-time portfolio transparency which can help simplify investors’ due diligence.

Gavrilyuk added: “Our team of experienced traders and analysts is constantly researching the most viable token crowdsales in order to deliver substantial results to the TaaS investor community. TaaS would like to thank all 3,942 of its investors, supporters, and contributors who joined our effort to bring this innovative fund structure to market,” 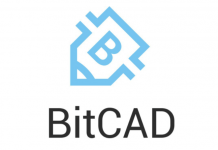