Cross Coin, a Singapore-based company, has announced that during its ICO, $5 million in cryptocurrency was raised for investment in the tech start-ups within Starta Accelerator, a Russian and American initiative. $1.5 million was raised during the first 15 minutes of the crowdfunding campaign, and the full amount was raised in less than a day. Tokens were created on the Waves blockchain platform.

Cross Coin issued 5 million cryptographic tokens during the Initial Coin Offering, at a cost of $1 each - making the venture industry open to a wide range of applicants. $1.5 million of the funds raised will be used to refinance the pool of 21 start-ups that participated in Starta Accelerator’s program in 2016-17, with the remaining funds used for start-ups in the next tranche of start-ups. The breakdown of raised funds is as follows: Bitcoin – 909; Litecoin – 4,168; Waves – 203,422; Ethereum – 5,200; Ethereum Classic – 5,793.

As a result, a total of 60-70 startups from Russia and Eastern Europe will be funded. All start-ups in the investment pool are selected and have passed through the Starta Accelerator acceleration program in New York. The accelerator team helps them adapt their business to the promising US market and prepares them for exits.

Founder and CEO of the Waves blockchain platform, Sasha Ivanov said: “ICO projects aimed at developing existing business, or financing startups that have already tested their business models and started generating revenue, is a new promising trend in the cryptocurrency space. The successful crowdsale of Starta Accelerator and Cross Coin shows that investors welcome such new opportunities, and companies have additional ways of raising funds for development using blockchain technology,”

Aleksey Girin, Head of Starta Accelerator and General Partner of Starta Capital, stated: “Investors can place their bets on start-ups that have already passed the initial stages of their development and raised their first investments from various funds, accelerators and business angels. Startups going through Starta Accelerator’s programs are integrated into the business environment of the USA – the largest and most promising market. This is a unique characteristic of our project. Supporters of the venture gain access to a diversified portfolio of actively developing startups. I’m confident that our project with Cross Coin is a great format for the venture market, which will be developed further in the future,”

Head of Cross Coin, Kayrat Kaliyev commented: “Democratisation of venture investment is the key idea of the project. Exits of the startups included in the investment pool will allow the ICO’s participants to realise an income comparable to the level of profitability in the venture industry. The second focus for the project is the creation of a highly liquid secondary token market. This will allow many potential investors to participate in venture financing of projects with a low entry threshold and the ability to exit at any stage of their implementation.”

Vitaliy Tsigulev, CEO of Digital Finance Agency, remarked: “The market for cryptocurrency investments actively develops and provides powerful capabilities for companies and investors. There are new formats for participation in crowdfunding using blockchain technology. The venture of Starta and Cross Coin’s ICO is an example of an effective solution. The completion of the ICO in such a short period of time was a result of the well-coordinated work of the project’s team and the marketing support team, which managed to communicate the benefits and features of this new financial tool to a wide audience,” 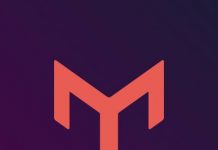 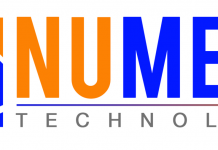