At today’s GamCrowd London Technology Week event on gambling technology, conference attendees will have the opportunity to learn from a panel of blockchain experts on the topic “How is Block Chain technology impacting the gambling industry?”

The panelists include the following:

The panelist earlier answered questions about how blockchain tech impacts or could enhance the gambling industry.

1. Should bitcoin gambling operations be concerned about regulators?

2. Can they be KYC and AML compliant?

Sure, as long as they ask their clients for the information enabling the KYC and AML checks.

3. Why should the gambling business be considering blockchain technology beyond a payment method?

There are many ways blockchain can help gambling business. On the date and auditability side blockchain creates immutable data records which can help tracking all operations by a client and/or per game for example. It makes it easier to assess a client’s real contribution to the business, analyse any gambling patterns, prevent fraud and exploits, reward clients, provide audit reports. In terms of the business logic of the games blockchain can bring transparency and provable fairness of the game. This should create more trust between clients and the game operator as usually operators have a ‘black box’ attitude where the game logic is obscure.

4. How can the gambling business be transformed by blockchain technology?

transparency, auditability, trust in a decentralized system instead of corruptible central authority.

5. What is the utility of blockchain tech in prediction markets?
(examples: https://www.augur.net/ and https://groupgnosis.com/ - both Ethereum based)

Prediction markets enable the creation of various instruments to reduce risk or to ‘hedge’ against certain outcomes. It also enables to identify trends or to measure of the ‘market sentiment’ on certain matters. Oracles help to add a real-life dimension to blockchain based contracts. Blockchain technology is a natural choice for prediction markets which rely on funds to be safe and locked until an outcome is confirmed, blockchain’s multi-signature solutions or more complex smart contracts are perfect tools to be used in that context. For example, one can rely on the blockchain to keep funds inaccessible until a certain event triggers the release of funds.

1. Should bitcoin gambling operations be concerned about regulators?

In my opinion, not really. For instance in the UK, regulators have forced many game providers to not show games in the UK. However because of the pseudo-anonymous nature of Bitcoin, if I set up an account with a Bitcoin casino, access that casino via VPN through a country that the game provider allows these games to be shown, I see the games and there’s nothing the regulator can do.

Because Bitcoin gambling is such a small part of the gambling ecosystem, my guess is that it would not make sense for regulators to force extensive compliance because of the technical difficulties surrounding that.

From what I can work out, Bitcoin Casino will have revenues of around €180 million a year, this would exclude sites like SatoshiDice.

2. Can they be KYC and AML compliant?

It’s very difficult to enforce KYC on Bitcoin customers, because of its pseudo-anonymous nature. However with anti-money-laundering, there are already processes in place i.e. you can only pay in and withdraw through the same channel and with KYC, typically most Bitcoin casinos will have a threshold for withdrawal and if a customer goes above that, they are asked for identification.

Also, it’s worth pointing out that in order to buy Bitcoin with Fiat money, a customer has to go through a KYC/AML process anyway. The loopholes on that occur when somebody has mined their own Bitcoin or purchased it outside of the normal exchange system. Even then, a money launderer would have to work very hard in order to process enough volumes of cash through casinos to make it worth their while.

3. Why should the gambling business be considering blockchain technology beyond a payment method?

As we know, blockchain gives trustless reconciliation of payments and allows for rules to be embedded within a transaction. If you look at a typical casino, levels of personalisation and general technical ‘cleverness’ are so low that it would be great advancement just having personalisation connected with transactional information.

If were talking about sports betting, then it gets more interesting, because bets could be made with void triggers for instance and so transactions could be far more dynamic could be far more dynamic. However, if you look at Betfair they have their own internal transaction management systems that process millions of transactions daily. The question would be whether blockchain removes enough of the pain of traditional payment processing and transaction reconciliation for an end user to care. I don’t think it does and I think with the rising tide of regulation, big operators have to just deal with keeping governments happy and their technology stack as fresh as possible.

4. How can th gambling business be transformed by blockchain technology?

I don’t think it would be transformed. All blockchain will do is improve the efficiency of transactions, but once a customers money is in an operators system, how it’s moved around is down to the operator. (Subject to due care and attention) Money goes from the operator back to the consumer and then it’s the banks problem not the operators. Since everyone has to bear these transaction costs, people accept them. So I don’t see a huge pain point that would be removed by blockchain.

5. What is the utility of blockchain tech in prediction markets?

I touched on this earlier, speaking about Betfair and how they have systems which allow for enormous volumes of transactions. Perhaps blockchain is a more efficient reconciliation system than what’s already in place? I don’t know.
But on the question of utility, I assume it just allows for a smoother flow of faster transacting payments between the operator and the customer through the banking system. But since a typical payment in the UK is two hours from account to account, assuming customers trust the operator with custody of their funds, moving money out of an account ours probably wouldn’t be a great gain.

Broadly I see blockchain technology being really useful for countries with unstable financial systems and where there are restrictions on consumer choice for iGaming entertainment. In other words people use this as a way of bypassing restrictions they feel should not be in place. In essence I see it as libertarian by nature.

Bitcoin was born for gaming. Buying bitcoin, ether or any cryptocurrency is a gamble in itself, couple it with a platform to gamble that bitcoin with and you double the speculation. So you would think this is a match made in heaven but the uptake of cryptocurrency in traditional gambling is somewhat slow.

For regulators, there has been some initial reticence about allowing regulated operators to integrate bitcoin as a payment method, in particular this was the case in Malta. That said, the Isle of Man recently have been ironing out a detail in their gambling law to ensure that references to ‘money’ includes money’s worth, thus widening the definition to include cryptocurrency deposits.

Some of the regulatory concerns stemming from the use of bitcoin as a payment method can be associated with the difficult question of bitcoin origination. For example, illegal gambling agents can provide their deposit address with an operator to their customers and the gaming site will struggle to identify that the source of funds is actually from a third party. Further, virtual currency can act as a circumvention tool designed to defeat domestic gaming prohibitions. Therefore, a gaming site embedding bitcoin should consider how to identify/ manage these risks appropriately.

Read more of Adam’s thoughts on the future of blockchain gaming at Diacle.com. Cross Borders Payments Proof of Concept from D+H and Rabobank 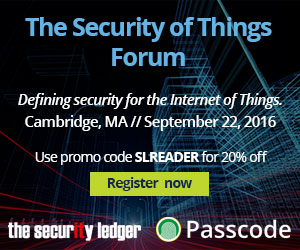