The Governor of the US State of Delaware, Jack Markell, this week revealed an initiative by the State to encourage use of blockchain and smart contract technology to help the public and enterprises lower transactional costs, speed up and automate manual processes, and reduce fraud.

The Delaware Blockchain Initiative is a comprehensive program to provide an enabling regulatory and legal environment for the development of blockchain technology and to welcome blockchain companies to locate in the state.

Governor Markell announced efforts by the State’s corporate legal community to explore the need for any clarifications to theDelaware corporate law to address and enable the authorization of “distributed ledger shares” by Delaware corporations.

This move is especially significant given the State’s role as the legal home of 66% of Fortune 500 companies, 85% of U.S. initial public offerings, and many startup and venture capital backed businesses around the world.

“Smart contracts offer a powerful and innovative way to streamline cumbersome back-office procedures, lower transactional costs for consumers and businesses, and manage and reduce risk. We’re delighted that Delaware has this opportunity to help lead the way in promoting blockchain technology and its growing role in digital commerce.”

Mark Smith, CEO of Symbiont, discussed the archiving use case:

“Autonomous record-keeping is an important use case for how smart contracts can deliver a more transparent, efficient and level playing field to the public and private sectors. In a few years’ time, we’ll look back and see this as an historic moment in the adoption of distributed ledger technology.”

“Blockchain technology in general, and smart contracts in particular, have the potential to transform the way that business is done - in the capital markets and beyond. We are honored to be recognized by the Governor as Delaware’s Legal Ambassadors to the blockchain industry, and to have a seat at the table helping to craft this framework.”

During his remarks, the Governor highlighted four key facets of the state initiative: 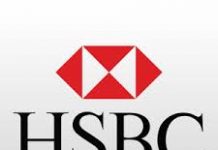 Indian Banks Look at Blockchain Tech to Eliminate Back Office