The team around the Swiss Production company are trying to create Ethereum adoption for mainstream consumers. For this, they are working on an independent movie about an Australian circus family that gets in trouble over some Ether they find in a hardware wallet. The fictional movie, based on a real circus family and a real circus festival, has been described as a post-truth mockumentary. In order to connect to mainstream consumers emovieventure launched a phase 3 of its ICO. The company will start selling early bird tickets for Video on Demand for the movie. The first 20,000 tickets receive 5MV and a small amount of Ether each. By taking this approach, the consumers will have to use the Ethereum-Blockchain to access the movie; consumers who do not manage to get the early-bird tickets will have to buy EMV on the markets.

Having a low budget production is intended to give a high return on investment. For the next 20 years the EMV Tokens will be used to pay out 75% of the net profit, including royalties and merchandising. The Project has over a dozen partners supporting the movie and is currently working on support from authorities in Switzerland, Ireland, Australia and the EU. In terms of marketing in the film-industry the claim is very clear and promising: Own the movie you watch.

The Status The Team was shooting the movie in Australia in January and February and in Switzerland in March and April. Postproduction will start in May in Ireland and Switzerland. Four Festivals have declared their interest in screening the movie already. The movie will be finished towards September and will go to festivals worldwide afterwards. In early 2018, the movie should be in cinemas and finally be available for Pay Per View in Q2 2018.

There will be a follow-up project next year created with the same funds. The tokenholders can suggest projects and vote on suggested projects towards Q4 of this year.

Toni Caradonna, the producer of the movie and CEO of the Innovation company that conducted the ICO, said: “Circus people have always had an affinity to risk. But this skilled family that we feature in the world’s first Ethereum funded movie is willing to risk even more. Think of it this way. As a circus performer, you are a freak. As crypto enthusiast, you are a freak. There is nothing more double-freaky than a circus performer associated to a blockchain – project. But there are analogies too. This circus family is an absolute game-changer when it comes to their skills – they are to the circus world what Ethereum is to the blockchain Ecosystem. The innovation and game-changer everybody wants. But both Ethereum and The Pitts-Circus are competitors nobody likes because they are so skilled. And then: both Ethereum and The-Pitts-Circus Family are not easy to handle. You need to know what you are doing when you decide to work with them. But if you really want to see behind the scenes watch the videos on our YouTube channel and you get a feel for the vibe.” 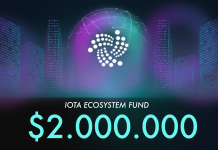 Blockchain and Smart Contracts Beyond FinTech