Following last months news, blockchain-based social media platform Steemit, where posters are rewarded financially for popular content, has formally announced plans to add the most requested new features to its site, including private messaging, notifications, and follow buttons. The addition of these new features will allow more connectivity between the community of over 70,000 members, and is expected to pique interest from users of other social media such as Facebook, Twitter and Instagram, where these kinds of features are already commonplace.

CEO of Steemit, Ned Scott said: “Enhancing the diversity of our application-specific blockchain is a natural progression for Steemit. Private messaging is perfectly suited for a decentralized system and will empower users in a similar way to how direct messages empower users on Twitter. The ‘follow’ feature will enable community members to receive notifications as soon as their favorite authors post, and the notifications will work just like Facebook in that users will be alerted immediately upon a new post or upvote from their favorite contributors. These features are the pillars of current social media giants and we look forward to integrating them into Steemit over the coming weeks.”

Over 60 third-party applications based off Steem have also been built in the last two months. Examples running off the Steem blockchain include Steemy, a mobile app in development for Android and iOS, and radiosteem, a consensus-based online jukebox. Steemit is currently recording its record level of traffic, with over 70,000 votes and over 21,000 posts per day.

Scott added: “We hope to offer people much more than Reddit and Facebook. By simply elevating the user experience and rewarding users for their time, Steemit has a fighting chance to compete with the largest social networks. We still have a lot of work to do and we have a lot of room to grow, but on the whole we see this system as more than a new social network, but as the bedrock for an online social economy. Developers and entrepreneurs are recognizing they can go straight to the Steem blockchain to leverage its data, identities, posts and other content. It’s very inspiring to see so much activity on the Steem blockchain.”

Following a hack in July, Steemit implemented Partner Enabled Account Recovery security protocol across its decentralized network. Users can now choose an Account Recovery Partner on the Steem blockchain who can vouch for a person’s rightful ownership of an account up to 30 days after the account’s ownership key is changed. Steem currently sits in fifth place on the most valuable list of cryptocurrencies behind Bitcoin, Ethereum, Ripple and Litecoin. 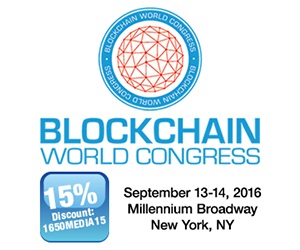