Cryptocurrency-based smart contract DAO platform, the TAO Network, which specialises in offering solutions to the music industry, has announced its latest partnership with the music publishing company Boogie Shack Music Group. This gives the TAO Network team to gain full access to the artists signed up with Boogie Shack.

Having complete access to the collections will allow the platform to implement TAO of Music project for its collaborator. The product will be an artist focused blockchain solution for the music industry, with Boogie Shack Music Group as the early adopter.

The partnership will allow TAO Network to analyse the business operations of a functioning, profitable music publisher in order to develop tools and services that will serve the industry. The project will be assisted by TAO Advisor Dale Everingham who is a 25 time Grammy winning engineer for Destiny’s Child and En Vogue. EVeringham will be coordinating the development and integration of TAO Network’s solution into Boogie Shack’s existing operations.

Bryce Weiner, TAO Network, said: “This is an opportunity to build technology directly for and with the music industry and members of the artists’ community. I’m honoured to be a part of such a historic project,”

Joe Solo, the producer of Macy Gray recently endorsed the TAO Network and the positive impact of blockchain technology on the music industry. The TAO Network also has the veteran composer for Syfy Network, Pepsi, Fox Sports, CBS, NBC, ABC, HBO, MTV and others joining its community of supporters. The crowdsale of TAO tokens is currently live.

Intrinio and Factom Collaboration for Immutable US Stock Market Data 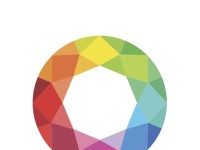