Sydney Stock Exchange (SSX) has teamed up with Aussie startup Bit Trade Labs to develop a blockchain-based equities market settlement and registration system. The new system is intended for SSX’s equities and private markets platform, but will be made available for other market and market operators as well, SSX said in a media release.

The partnership is taking the form of a new joint venture which will be dedicated to implementing a blockchain solution for SSX’s private markets network. Once it will gain regulatory approval, the platform will settle trades in publicly listed stocks.

The new platform intends to compete against, and be a low cost alternative to the Australian Securities Exchange (ASX). It will aim at building a market for venture capital funds to exit their investments.

The Honorable Wyatt Roy MP, Assistant Minister for Innovation, encouraged the initiative and told the audience during his opening talk that “blockchain has the potential to be a key driver of innovation in [Australia].”

SSX’s COO David Lawrence said that the new blockchain-enabled platform will allow for nearly real-time settlement and registration, allowing thus to “remove collateral risk, increase trade velocity and hand back some controls to brokers and market participants rather than them and us paying fees to other exchanges.”

Furthermore, Lawrence said that the “partnership with, and support of, a company such as Bit Trade Labs and the blockchain development both align well with our ongoing domestic focus upon listing Australia’s startups and innovation companies.”

“We believe there is a very real place for startups and innovators in Australian public capital markets and SSX is ideally positioned to fill the growing capital void,” Lawrence said.

SSX’s distributed ledger will be a public blockchain. The company intends to sell versions of it to other exchanges once the platform is completed in early 2018.

SSX is the latest Australian stock exchange to commit itself to blockchain technology. Earlier this year, ASX announced a partnership with Blythe Masters’ Digital Asset Holdings to develop blockchain solutions for the Australian equity market.

The two companies are relying on a two-phase program: Phase 1 will run until the end of 2016 and will replace ASX’s existing trading and risk management systems, while Phase 2 will focus on ASX’s post-trade services, including clearing and settlement of the cash equities market.

During the past year, Australia’s financial and banking sector has been showing great interest in distributed ledgers. Some of the country’s ‘Big Four’ banks, including Westpac Banking Corporation, the Australia and New Zealand Banking Group and Commonwealth Bank of Australia, are currently experimenting with the Ripple payment protocol for cross-border payments. 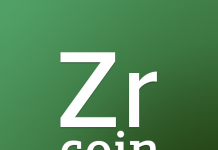