Global blockchain specialist firm ConsenSys has announced the launch of its ConsenSys Academy with the 2017 Challenge, a highly selective and immersive experience. ConsenSys is focused primarily on Ethereum building dApps, developer tools, and enterprise solutions. Ethereum is popular with enterprises, governments, and developers of decentralized applications, in both private, permissioned contexts, and on the public Ethereum world computer due to its smart contract capabilities and Turing complete language.

Open to professional and student developers worldwide, ConsenSys Academy’s 2017 Challenge will help prepare blockchain developers for the fast growing field, and provide them the opportunity to work full-time on applications that are disrupting industries across the globe with real-world solutions.

Applicants who pass the Coding Test Screen will be admitted to ConsenSys Academy’s all-expenses paid 10-week training program. The program, held between August 1st and October 8th, starts with nine weeks of immersive online courses. The curriculum will give its enrolees access to hands-on coding experience working on live projects for ConsenSys’s leading clients, mentorship from thought leaders and foremost experts in the blockchain space, and collaborative experiences with other blockchain enthusiasts.

At the end of the online portion of the course, participants will be flown to Dubai for a round of on-site finals followed by a graduation ceremony hosted by the Dubai Future Foundation. In Dubai, students will get the opportunity to work side by side with leading ConsenSys developers on real-life projects.

In March 2017, ConsenSys was appointed by the Smart Dubai Office (SDO) as Blockchain City Advisor. This effort is a key execution of the Dubai Blockchain Strategy 2020 announced in October 2016 by the Dubai Future Foundation and the SDO. Dubai’s aim is to be the world’s first blockchain-powered city and continues to attract experts and talent around the world to help fulfil this goal.

Those who complete the 2017 Challenge will receive a ConsenSys-certified graduation certificate, and will also be considered as candidates to join ConsenSys’ team for immediate hire. Applications for ConsenSys Academy’s 2017 Challenge are open until July 1st 2017. 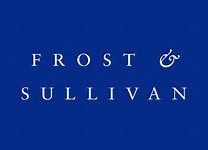 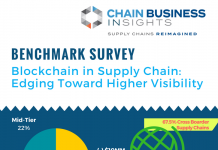