Noah Thorp is the co-founder and CEO at CoMakery. CoMakery is a blockchain distributed application (DApp) that can change the way people work, enabling them to collaborate freely with each other and be rewarded. The DApp is designed to serve early stage companies that can not pay salaries yet can use equity like currency in Slack and reward people for their contributions to projects, which removes entry barriers, drops the cost of testing new businesses, scales open innovation and helps generate prosperity.

Noah kindly agreed to an interview with Chain-Finance.

Can you tell us more about CoMakery?

We enable tracking and trading of sweat equity with Ethereum “project coin” tokens to create digital work together such as software, hardware design, and collaboratively authored books. We are integrating with DAOs [Decentralised Autonomous Organization] and cryptocurrency exchanges. We are evolving new models for helping decentralised collaborative businesses and platform cooperatives thrive.

Simply put, you know that feeling where you are in the zone creating something with other people. We are making it easy to just collaboratively make things together and be rewarded if projects are successful with all the legal and technical bit automatically taken care of for you with DAO blockchain services.

CoMakery was incubated at Citizen Code  where there were numerous projects related to self-organisational governance, the future of working, innovation prototyping, and blockchain cryptoequity. CoMakery will take several of the innovations from Citizen Code to scale.

A big part of the DAO puzzle is finding 1-click legal structures that make collaboration dead simple. Creating and governing a distributed collaborative organisation together should be easy to govern, cheap to setup, easy to share, and legally rock solid. That’s what we are building.

But we don’t think that we can build it alone. Some people think that competition is “good” but really competition is a liability from a business owner’s perspective. We are keeping the core team at CoMakery small so that we can collaborate with other teams as much as possible. We want to minimize our surface area of competition and blur the boundaries between owner, creator, partner, and customer. As we scale, most of the development at CoMakery will be done using the CoMakery open innovation and collaboration model.

Our focus is on making work autonomous, inspiring, collaborative, and profitable. To do this we are radically dropping the cost of early entrepreneurship and eliminating bureaucracy. As we make it way easier to become an entrepreneur, the impact is communities of creative people can create prosperity without access to capital.

An early prototype called Swarmbot was developed in collaboration with Swarm. Swarmbot was a Slack-only client which used Coloured Coins, whereas the recently founded CoMakery provides a Slack and web based platform and uses Ethereum. Why did you decide to switch from Colu to Ethereum?

Colu and Colored Coins were very easy to prototype with. However, there are no easy facilities for developing smart contracts on the Bitcoin blockchain. This may change when Rootstock is released - but we needed something right away.

There are several Coloured Coin “standards” and it’s easy for users to lose their assets if they are not transferred using the corresponding wallet. For instance if you transfer a tether.to USD colored coin to a Coinbase wallet you won’t be able to transfer it out of your account. We wanted to rely on a blockchain with native support for new token types.

Ethereum provides immediate solutions to these problems. Ethereum and the Ethereum community are awesome.

Why did you decide to found CoMakery in addition to Swarm instead of only switching the technology?

Just to clarify, CoMakery and Swarmbot are not funded by SwarmCoins and have not received funds from Swarm.

We worked with Swarm and several other communities to build a prototype called “Swarmbot”. Joel Dietz (Swarm), Thomas & Kathrine Olson (Swarm / Vevue), and Ruben Alexander (Swarm) worked closely on specifying the Swarmbot so it would be of use to the Swarm community without incurring a cost to them. Further Swarmbot development will be hosted on CoMakery and we will be announcing the award structure for making contributions to the Swarmbot prototype codebase.

Swarm was very early on pioneering DAO practices and crypto-token funding. They were way early and took on major regulatory risk, unfinished blockchain technologies, deflating bitcoin value of crowd funds, and experimental Rick Falkvinge style swarm organisational practices. There’s so much to learn from what they did. I believe we will see some of the same upsides, dynamics, and hard lessons learned at Swarm play out with DAOs all over the planet.

When I look at the crowd funding success of “The DAO” recently launched on daohub.org, I see the next iteration of Swarm Fund with technology that’s finally “ready” and about 100x the investment. If you want to know the good, bad, and ugly of what to expect talk to Joel Dietz - he has no illusions about difficulty of swarm style project planning.

CoMakery will be taking a different approach to product management. Rather than leveraging the passion of decentralised swarms or stigmergic approaches to reward structures that Swarm adopted - CoMakery will emphasize federations with strong core teams, decentralised free contribution and transparent accounting.

How usable is it and when will it be fully usable?

CoMakery is currently in beta. Projects can issue token awards in Slack. You can watch a video of the functionality on Youtube.

Ethereum tokens issuing DAO compatible tokens are working on select projects and will be more widely available by early June. Our tokens implement the current version of the Ethereum token standard that The Standard DAO also implements. This means that we can already trade our tokens peer to peer using the Ethereum Wallet.

We are working with communities to develop 1-click legal documents for incubators, accelerators, and independent product creation. There’s a whole new level of DAO integration that is now coming into focus that we will be excited to share as the dream becomes code.

The Digital Catapult, Alliance SV and Coinspace.io have been interested in CoMakery. What they planning to use CoMakery for?

We are starting with token issuance and rewards for contribution. DAO governance structures will follow.

Practically speaking, folks want to issue x-prize like challenges for solving problems, accelerate economic sectors (e.g. regenerative agriculture), issue royalty tokens to collectively authored books, and make it easy for communities to co-develop products together. We have talked to several impact investors who want to build products that are co-owned by the communities they serve.

We are working with accelerators and incubators to develop easy legal frameworks. Much of the challenging work in the blockchain space is legal innovation. As the legal details become more standardised we will see more independent product owners join the platform. That’s when it’s going to get really interesting and game changing.

The difficulty with Slack groups is to get people using it and keeping them active. How could there be a more direct use of CoMakery without having to get everyone in Slack first?

Our initial version focuses on existing Slack communities since they are frequently places where people are already organising work. We are discussing adding email award issuance as well as other authorisations such as Twitter and Github.

What is your vision for CoMakery in a few years?

I would like to see millions of people freely collaborating and being rewarded for their work in federations of small projects. CoMakery is very much an extension of the upside possibility that I wrote about last year in my article “How Society Will Be Transformed By CryptoEconomics” (https://medium.com/@noahthorp/how-society-will-be-transformed-by-crypto-economics-b02b6765ca8c#.9w2yeluhw). There’s an opportunity to build a more people centric society that is more decentralised and more humanistic.

Success to us is a massive decentralised network of doers with the necessary collaboration tools to build a more people centric society. It’s much bigger than just CoMakery.

Which other projects is CoMakery currently building?

We are contributing to a number of synergistic projects in keeping with our network view of creating value. In particular we are working on collaborative projects that extend my co-founder Harlan’s work on Core Network - a decentralised social network that gives control of data and relationships back to users. We also are writing some proof of concept Ethereum smart contracts for folks working on similar problems to us such as decentralised claim verification for supply chains and reputation systems.

Which service would you advise for companies to use first among your services, when they are getting interested in blockchain?

Sign up for the Comakery beta using your Slack account. We are letting in people to the beta who are working on DAOs or incubators that have lots of contributors. If you want to be added quickly, get in touch telling us what you are up to at [email protected]. 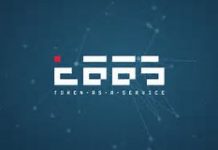