RiskBazaar is building a platform that facilitates peer-to-peer wagers with pre-defined payouts, contingent on the occurrence of future events. The project is also developing prototype risk contracts that include wagers, conditional payments and insurance contracts.

How are your insurance contracts structured?

The premium is transferred to a 2-of-3 multisignature address by the policyholder and the collateral (or reserve) is transferred by the insurer. A moderator is assigned as a third signatory who can divert the funds but cannot steal them.

Are all of the contracts P2P?

Can you give a typical example of a RiskBazaar insurance contract?

In user testing thus far, most contracts resemble wagers or bets. Given insurance on a blockchain and P2P insurance are new concepts to the majority of the population we are focusing on small and simple. That doesn’t stop us from being creative though. We won a Blockchain University hackathon in San Francisco with an exam insurance contract.

Why are you using blockchain technology?

We believe that public blockchains have the potential to be transformative in facilitating new business models and restructuring industries. Programmable money with no enforced reliance on intermediaries is too exciting an opportunity to just replicate the existing system.

What type of blockchain tech are you using?

Predominantly Bitcoin so far. We are building some contracts using Ethereum and are excited by its potential. However, at the present time it makes sense to use Bitcoin as the monetary token when considering security, ecosystem and brand recognition. 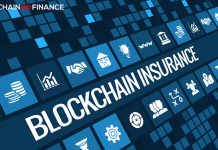