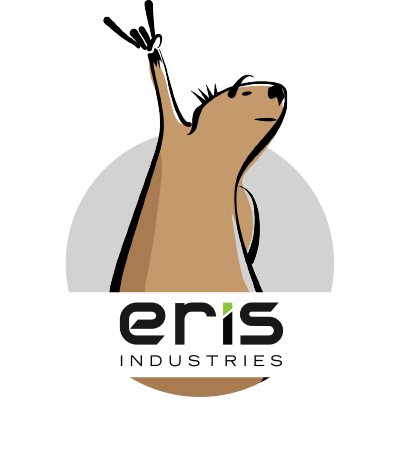 Two months after its software was added to Azure, UK-based Eris Industries today became the first blockchain technology company to offer a solution on the Amazon Web Services Marketplace

“The marmots are everywhere: we’re on Azure, we’ve hooked up with PwC.

Now we’ve got one-click deployment on AWS Marketplace - check it out for yourself!

All of the eris services are available as well as all the other components of the eris platform.”

Chain-Finance got an opportunity to ask Byrne about being the first blockchain technology company on AWS.

“We feel great, of course. Considering how much uncertainty there is perceived to be in this space, it’s always good to get validation from companies like Amazon, Microsoft, and PwC that we’re on the right track.”

CF: Why also has Azure been more successful in onboarding blockchain technology companies?

“Not sure it’s a question of “success” so much as it is of timing and preferences! It’s still early days and market players are at different stages of exploration, deciding which platforms they want to use and onboard. Azure’s efforts in this regard have been pretty aggressive - which from our perspective can only be a good thing.”

CF: How is Eris’ platform distinct from other blockchain-based platforms?

“The key difference is that Eris is an application platform, not a blockchain client. Where most platforms are married to a particular blockchain design, we are fairly agnostic as to what the underlying tech is - the user knows what they want best, not us.
We have built our own blockchain client which is optimised for enterprise applications, called ErisDB, which includes a built-to-spec EVM. (As a result, any smart contract that’ll run on Ethereum will run just as well on ErisDB.) However, we don’t lock people in to using ErisDB if they’re using the platform - ErisDB is just one of a number of tools we have available for users’ use.”

CF: How is Eris working with the Ethereum  blockchain at this stage?

“Brilliantly. Ethereum’s a first-class citizen of Eris. Anyone who wants to spin up an Ethereum node, whether from their laptop, from Azure, from AWS, or otherwise, can do so very straightforwardly with Eris.
Eris also runs a whole bunch of other protocols - BigchainDB, Openbazaar, Bitcoin (Core/XT/Classic), Zerocash, IPFS, and Tendermint, too. All of these distributed systems can be spun up with one-click from Eris on AWS today.
If a protocol is open-source, Eris can run it.”

Last month, Eris was added as a partner in PwC’s Blockchain portfolio. Eris provides a platform for building, testing, maintaining, and operating distributed applications with a blockchain backend. The marmot is the company’s mascot, and employees are often described by management as a “marmots”.