CarTaxi, a logistics platform for the automation of car towing services, has announced that, following a successful pre-sale in which it met its goal of raising 3,000 ETH, its Ethereum-based ICO is set to begin on the 29th of September, 2017.

During the first day of the sale, investors will have the inventive of a 15% discount on the purchase of tokens. Funds raised from the ICO will go towards expanding the CarTaxi service to the American and Chinese markets.

For investors, in addition to gaining dividends, CTX tokens will eventually be used to pay for the platform’s services. For drivers, CarTaxi is a method to call for assistance whether it is on road, in a city or while traveling. In the region where CarTaxi originally launched, more than 40 cities have become connected to the service, which has led the company to begin pay-outs and show that the business has potential as it is already running. 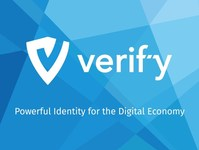