Waves Platform, a decentralized crowdfunding platform developed in Russia, has announced it is now available in the Microsoft Azure Blockchain as a Service cloud (BaaS). With Waves integrated in BaaS, developers will gain greater opportunities for offering a wide range of blockchain solutions; for example, companies and software developers could use it to issue tokens using a blockchain.

Konstantin Goldstein, Microsoft Russia’s Principal Technical Evangelist, commented: “We welcome the integration of the Waves Platform in Azure Blockchain as a Service. It is a platform that enables developers to quickly launch ICO projects (a crowdfunding method), or issue tokens for loyalty programs, to name a few. This new addition to the BaaS pool of platforms contributes to shaping a unique environment for developers and for companies interested in blockchain projects. Blockchain as a Service will enable them to set up a blockchain infrastructure in one click, as well as integrate advanced technologies in their projects, such as artificial intelligence, the Internet of Things, and so on.”

Microsoft Azure already features a range of blockchain solutions including Ethereum, Chain Core, Corda, Nxt and Lisk. Together, they form an ecosystem known as Blockchain as a Service, which supports the creation of a variety of blockchain projects for all kinds of purposes and for companies of any size.

CEO of Waves Platform, Alexander Ivanov remarked: “Microsoft was one of the first major IT companies to officially acknowledge the potential of blockchain technology. Azure was designed to offer affordable solutions to companies that, due to their size, wouldn’t have enough resources to launch their own software platforms. Blockchain as a Service is a quick, economical, low-risk platform for deploying open blockchain protocols. As an open, flexible and scalable cloud platform, Azure has a lot in common with Waves. We are also looking at new ways of computing, and of making powerful functionality available to end consumers. I believe partnering with Microsoft will enable us to achieve big results.” 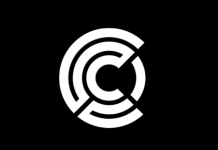