Ethereum-based financial services project Humaniq, providing banking services for the unbanked, has announced that its public crowdsale of the HMQ token finished with a participation of 11,860 people. The pre-seed funding for this crowd-sale reached $5,163,000.

Dinis Guarda, CEO of Humaniq, said: “Our team has worked hard to prepare and deliver Humaniq’s ICO, as the first innovation blockchain humanitarian cryptocurrency token crowd sale in the history of ICOs, dedicated to improving the lives of people in emerging economies and offering them financial inclusion using tech for social good. We will see over 300 ICOs this year alone. Humaniq’s token sale ICO is unique as it happened to be one of the most decentralized ICO’s in recent history with a multinational participation of people diversified all over the world and with an average check of only $435.”

With this, the Humaniq team has been working on a growth strategy and are focused on ensuring that people who have acquired the coin can trade it across various exchanges. The team’s focus, led by Guarda and founders Alex Fork (President) and Dmitry Kaminskiy (Chairman), will ensure that the HMQ token will be a stable and strong cryptocurrency from the outset and that it will be a decentralized and democratic coin.

Humaniq’s crowdsale ICO campaign started on April 6th 2017, and ran until April 27th. This campaign was designed to raise seed funds for the Humaniq project, which aims to provide banking solutions to over 2.5 billion people globally who do not have access to financial services. As stated in the Humaniq project whitepaper, the product launch of mobile app and exchange app will occur in July 2017. In September, the company will begin expanding the project to underdeveloped regions in Africa, Asia and Latin America. The company also plans to further decentralize its structure, with the integration of virtual cards and aligned fintech start-ups in 2018.

Kaminskiy remarked: “We have big plans for this year. This initial pre-seed round demonstrated great interest in the Humaniq mission and vision. The fact that nearly twelve-thousand people participated, confirmed there’s a great demand and it is a very strong proof of concept. Soon we will launch Humaniq’s Fintech-Blockchain accelerator. And now we will start an intensive strategic, business and legal development process, to prepare the project for next venture investment round and to propel the entire Humaniq ecosystem to the next level.”

Fork explained: “Our goal is to provide financial services to over two billion unbanked people around the world, and now we’re in a much better position to achieve this thanks to the extremely enthusiastic support of the people who have contributed to our HMQ token sale.”

Humaniq is continuing to refine its app, which has been in testing since March 15th when it was released on iOS and Android. It is moving forward with an Ambassador program and now it has the resources to roll it out and start training local Humaniq evangelists to push user adoption in target areas.

Humaniq is also continuing to partner with a number of organisations and companies: some are working on parts of their app, whilst others are working on creating their own third party services to plug into the Humaniq ecosystem. Humaniq opened offices in Moscow, Luxembourg, Cambridge, San Francisco and London to keep close to the most recent innovations in the fintech scene and take advantage of all new opportunities.

Fork conclude: “To everyone who believes in us and has contributed to our pre-ICO and ICO, thank you. Without you, Humaniq would not be possible and now we can focus on converting the trust of our team and supporters into measurable benefits for the two-billion unbanked people across the world who are the reason for Humaniq’s existence.” 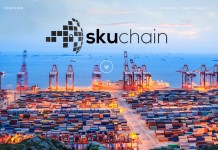 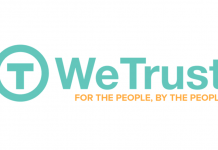