At a senior panel discussion entitled ‘Demystifying Blockchain’, which was hosted by Decoded last month in New York, former Prime Minister of Haiti, Laurent Lamothe, spoke on his experiences during his tenure. One event that was raised was the task of rebuilding the devastated country after the 2010 earthquake. It was a mammoth task as everything from basic infrastructure to roads, housing, schools and essential healthcare was needed. However as one of the poorest countries in the world, Haiti struggled to cope with the enormity of the event.

Lamothe believes that blockchain technology could have alleviated many of the challenges his Government faced with him as Prime Minister. It could have facilitated payment to beneficiaries of the many social programs put in place; for example PSUGO and Ti-Maman Chéri; and created greater financial transparency. In addition it could also have been used as a tool for increased financial inclusion of the unbanked Haitians.

Speaking on the benefits of the technology, Lamothe explained that it can be applied to a wide array of businesses—not just financial services— and any transaction involving different levels or stages of a hierarchy or process; from logistics to retail and even government agencies. And in his case, he believes that blockchain technology is ideal for government services.

In addition, by creating a new concept of services or forms of public value, each transaction could be used by governments as a means of revenue-raising for socio-economic development. This would be particularly be of interest to the governments of emerging countries. Micro-contributions on globalized sectors such as telecommunications and financial services, when aggregated, can provide significant revenue to governments. This could be used to finance Blockchain which could then ‘feed’ Innovative Financing for Development through the revenues that could be generated on the various transactions.

Lamothe remarked: “Innovation is important in the development arena and Blockchain requires a fundamental shift in mind-set because the current regulatory framework aims to regulate the financial system through the access point of a central operator, regulator or management body. However, in total contrast, a central tenet of Blockchain philosophy is the idea of self-management between transaction participants with no central figure. Thus, the fundamental philosophical underpinnings of our payment systems regulation may need some urgent re-thinking, as the two philosophies are diametrically opposed.”

Lamothe believes that once this challenge is overcome and Blockchain can be accommodated within the financial services and banking regulatory framework it will facilitate global cross-industry and cross-entity transactions, particularly within financial services, insurance, telecommunication and other large enterprises. It will allow people to cut out the middleman and reduce the associated transaction costs.

There are large implications in particular on the global tax system. There are case of blockchain being used to register and record property transactions, government-licenced assets, intellectual property, and even to make sure that a voter uses one vote only. Blockchain technology could make government tendering processes and purchases more efficient, and reduce the potential for fraud and error.

Some examples are already being trialled. The Isle of Man government recently tested a Blockchain registry that records which local companies are using distributed online ledgers. In Estonia, NASDAQ—which runs the country’s stock exchange—is creating an e-voting system based on the technology and, in 2016, the government in Georgia announced a deal to develop a Blockchain-based land registry.

Lamothe said: “Considering the pace at which organizations and governments are beginning to explore and test Blockchain, once the remaining challenges are tackled, the new technology could take off very rapidly,” 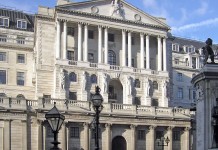