BlockCypher, a provider of Blockchain Web Services™, has announced the release of its Analytics API to help institutions combat cybersecurity thefts and comply with regulations. The average cost of a data breach to an organization is now $4M, up 29% since 2013. Most of these data breaches are caused by malicious or criminal attacks. According to the FBI, ransomware is on track to be a $1 billion crime this year. By industry, financial and healthcare organizations pay the most per capita for data breaches.

Catheryne Nicholson, BlockCypher Founder and CEO, said: “Everyone is getting hacked - individuals, schools, race car drivers, start-ups, institutions, etc. - and hackers are wanting their ransoms in Bitcoin. Bad guys are always early adopters of new technology. To combat it, institutions have to be more forward-looking in using technology instead of constantly patching legacy infrastructure.”

A goal of the U.S Department of Homeland Security Science and Technology Directorate is enabling a trusted cyber future. In alignment with that goal, BlockCypher was awarded a SBIR contract by the department to show how blockchain analytics can help identify hackers and prevent cybersecurity attacks.

BlockCypher’s newest Analytics API, which was built using Amazon Redshift, was demonstrated to the cybersecurity and analytics divisions of the U.S. Department of Homeland Security Science and Technology Directorate. BlockCypher applied its Analytics API to the $70M Bitfinex heist. Within hours of the theft, BlockCypher was able to track down the IP addresses which relayed the transactions, the addresses where the hacker moved and holds the money, and the value on each address. Detecting and containing data breaches faster has proven to reduce costs.

Head of Worldwide Financial Services Business Development at Amazon Web Services, Inc., Scott Mullins remarked: “Data analytics is at the heart of combating cybersecurity threats and better-enabling compliance reporting. AWS is a leading provider of secure, resilient, and cost-effective cloud services that power data analytics for the financial services industry. We’re thrilled to see BlockCypher’s Blockchain Web Services and Analytics use AWS to defend against new types of cybercrime, and reduce the costs and time related to compliance reporting.” 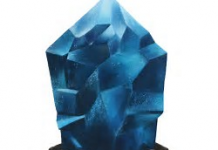