The BBC reported today that the UK government has quietly begun looking into the use of blockchain technology, with a trial of the payment of 24 welfare claimants over a six month period. Previously the government has expressed interest in the technology with Minister for Cabinet Office Matt Hancock giving a speech earlier this year on the possibility of the UK government utilising the potential of blockchain to transform the way government works. In a similar vein, Chief Science Advisor Mark Walport described “disruptive innovations that could transform the delivery of public and private services and enhance productivity through a wide range of applications.” and recommended looking into potential uses.

With concerns raised around people’s personal data being uploaded to a transparent and immutable blockchain, BBC Technology correspondent Rory Cellan-Jones questioned the Department for Work and Pensions who relayed that all data would be anonymised. A spokesperson reportedly explained: “There are no plans to replace any DWP payment systems. This trial is designed to explore how distributed ledger technology could help support financial inclusion and offer budgeting help, and it does not place any restrictions or limits on what a claimant can spend their welfare payments on, nor tracks how they spend them.”

There have been questions around whether the scheme, which is being carried out through start-up GovCoin’s app, will be used as a ‘Big Brother’ method to monitor what people in receipt of benefits spend their money on, although at this early stage it is very much speculation. There have been calls to ensure that all use of the technology is monitored carefully. Regardless, it is encouraging to see governmental organisations trialling new technologies in an effort to improve efficiency and productivity. 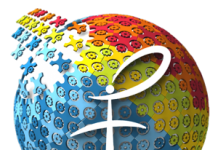