Glasgow-based games publishing arm of Channel4, All 4 Games and EverdreamSoft, a Swiss-based company specialized in the development of mobile games and applications, have announced the launch of blockchain-based mobile trading card game Spells of Genesis, which is now available to download in Apple and Google Play stores. EverdreamSoft is also developing a Blockchain Gaming Platform, which will allow more game studios to embrace blockchain technology and to enter a new age for the game industry.

Spells of Genesis is a fantasy trading card game which combines the collection and strategy of card games with arcade battling mechanics. The game takes place in the fantasy realm of Askian, where players must build strong decks by trading and combining orbs before challenging opponents. Players encounter, battle collect and trade with an array of heroes, villains, monsters and animals found in the realm.

The game includes 200 levels and missions to complete; over 300 different orbs to collect, upgrade and combine; and hundreds of hand-drawn character cards that can be combined to make more powerful creatures. Another aspect of the game is deck making, trading and destroying enemy’s orbs.

Shaban Shaame, CEO and Founder of EverdreamSoft, stated: “Spells of Genesis represents a paradigm shift, bringing the very unique feature of true ownership of game cards. We are excited to collaborate with All 4 Games on taking this vision to the gaming market.”

Executive Producer at All 4 Games, Tone Brennan added: “The team at EverdreamSoft have done a great job building an exciting and fun fantasy game set in the rich world of Askian. By adding the blockchain into the mix, I’m excited to see the impact of this innovative approach to mobile gaming.”

Based near Windsor, England, Matthew Warner is an enthusiast for innovative, cutting edge technologies. He is a B.Eng. graduate in engineering with honors from the University of Warwick and also holds an PGCE in education degree. Matthew is a member of Mensa.
view all posts
Upcoming Token Sale for Decentralized Company Management Platform
Upcoming Tokensale of Healthcare Cryptotoken for Patient Information 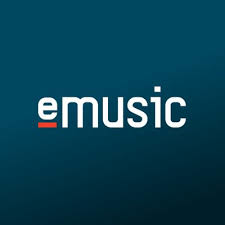