Estonia has been pushing boundaries by launching its Estonian e-Residency program, which allows anyone in the world to become a digital resident of Estonia, allowing people to found and manage Estonian companies online and digitally authenticate themselves.

Nasdaq has announced that it will be facilitating a blockchain-based e-voting service for the e-Residency platform to allow shareholders of companies listed on Nasdaq’s Tallinn Stock Exchange, Estonia’s only regulated securities market, to vote in shareholder meetings. This program marks the second official blockchain project Nasdaq is executing on after successfully delivering the first private securities issuance between an investor and company via Nasdaq Linq, its blockchain-enabled platform which successfully completed and recorded its first private securities transaction at the end of last year.

“I’m delighted Nasdaq will be using the e-Residency platform to offer shareholders a new e-voting system. When we started the e-Residency project a year ago we knew we would change the way people think about nations and citizenship. Now, via our e-voting collaboration with Nasdaq, we will be revolutionizing corporate governance.”

As part of the program’s pilot, shareholders who are Estonian or Estonian e-residents will be able to participate in the corporate governance of companies using blockchain technology. The e-Residency platform provides an improved ability to authenticate shareholders for the e-voting service, while blockchain technology will allow votes to be quickly and securely recorded, allowing shareholders to have their say in how the company is run. The pilot is aimed to launch later this year.

“On the heels of the successful execution of a Blockchain transaction in the US private market, we are pleased to further advance this technology in Estonia. Estonia’s robust information society and forward thinking coupled with the agility its size affords, creates a unique opportunity to premiere the e-voting pilot in Estonia. We’re excited to see the development of this project over the coming months, and look forward to working closely with the government of Estonia to set a transformative example of the future of governance.” 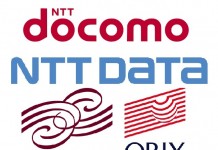