In January, a paper examining how blockchain technology might be used to issue and trade bonds more effectively was published by the 2015 Freshfield Steven Lawrence Scholars.

According their paper, these two bond systems would have the same core characteristics. All bond issuers will have a user profile with two types of wallets, one for transferring bonds and the other for transferring money. Both wallets would contain the same unit types so they can be transferred on the same blockchain. To add units to the wallets, money needs be deposited or bonds need to be created through the the user interface. Metadata embedded in the units will distinguish whether units are currency or bonds. As a bond is purchased, two transactions take place in the system. Currency units are transferred from the investor’s money wallet to the issuer’s money wallet, while bond units are transferred to the issuer’s bond wallet to the investor’s bond wallet.

The major distinction between the closed and open pool systems is in who they serve. In Bond Blockchain 1.0, the system using a closed pool of banks to verify transactions through blockchain technology, the bonds would only be available to institutional investors. This system’s innovation is the disintermediation of the clearing and settlement functions of the legacy bond trading system. The legacy system will no longer be needed as as the transfer and proof of bond ownership will be recorded in the blockchain and the digital account of the new owner. The benefits of Bond Blockchain 1.0 would be a reductions in costs resulting from removing intermediaries and a much quicker settlement time resulting from instant account transfers and blockchain verification in around 10 minutes. The Bond Blockchain 2.0 system, proposed by the 2015 Freshfield Steven Lawrence Scholars, targets retail investors by creating a new medium, the ‘tradable IOU’. Distinct from Bond Blockchain 1.0, anyone can verify, issue or trade a ‘tradable IOU’ in this retail investor bond trading system, which is essentially a peer-to-peer system. All individual users in the system have a user profile along with bond and money wallets. The mechanics of transferring bonds and funds are the same as the closed pool system. However, Bond Blockchain 2.0 would include a feedback profile system so that issuers are rated by users for performance of “their transactions, coupon payments and repayment of the matured tradable IOU.”

The scholars note in the paper:

“Users would have the opportunity to add other information to their account, such as their credit rating and personal finances, so that they might increase the attractiveness of their tradable IOUs.

These transactions would be approved and placed in a block by an infinite user base. In order to attract users to approve these transactions, the system would reward them with money generated through a transaction fee.”

Similar to the closed pool system, the open pool system reduces trading system costs by removing some intermediaries that are in the current bond system. Moreover, bond issuers do not have to pay for bond registration within the clearing system, and global notes need not be stored within banks. The transaction settlement time is also significantly reduced with instantaneous money transfers and blockchain verification within minutes. The authors of the study include Daniel Adeyemi, Zak Ahmed, Greg Fagbo, Brad Lewis and Ethan Plumb, all of which were selected as Freshfields Stephen Lawrence Scholars 2015. The scheme was named after Stephen Lawrence, a British teenager who was murdered in a racist attack in South East London in 1993. After his murder, Lawrence’s mother, Doreen Lawrence, campaigned for justice for her son and other victims of racist attacks. In 2003, she was awarded an OBE in 2003 for her community relations efforts and, in 2013, was made a life peer. Baroness Lawrence is working with British law firm Freshfields Bruckhaus Deringer to widen access to legal careers for minorities. 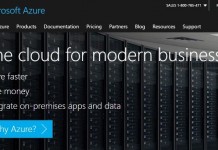